Article About CTA in the Hickory Daily Record

At CTA’s most recent Saturday shoot we were joined by reporter Valerie Buccio from the Hickory Daily Record. Valerie wrote the following article about the club. The article itself along with several of the photos Valerie took on her visit can also be found here. 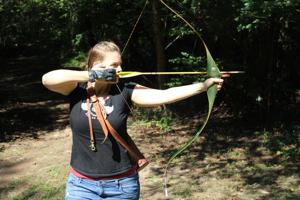 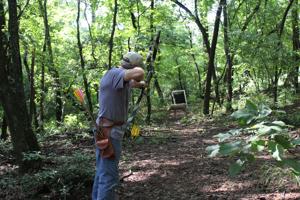 HICKORY — The Carolina Traditional Archers’ (CTA) Club, which has been around since 1985, met Saturday for its monthly shoot at its Conover location.

Traditional archery consists of the bow and arrow with no fancy additions. Just as the name implies, it is the traditional way of shooting a bow and arrow from thousands of years ago.

“It’s the punk rock of archers,” Mary Hamner, board member of CTA, said. “You do what works for you.”

The first Saturday of each month, the club comes together for shooting, eating and hanging out. Lunch is always included.

In CTA, longbows, recurves, and selfbows are used. A longbow has one curve, and a recurve has more than one curve. A selfbow is made from a single piece of wood.

CTA has six acres of land with more than 20 3D foam animal targets, such as bears, lions, alligators, and wolves, throughout the woods to shoot.

“(CTA) provides opportunities for people to get outside and do something different,” Hamner said.

All skill levels and ages are welcome to join. The first shoot is always free.

“We have all different kinds of people,” Hamner said. “We just love the outdoors and archery.”

Many of the members have their own skills and knowledge to share with the rest of the group.

Twice a year, the group holds a primitive skills weekend where they camp and learn.

Some skills members share knowledge about the practice. Some skills include bow building, flintknapping, axe throwing, and more.

“We have a lot of fun in the club,” Board Member Allen Wagner said. “Everyone’s willing to share and show each other how to do things.”

President of CTA, Drew Sumrell, learned how to shoot when he was 10 years old. He took some time off while raising a family but was able to get back into the sport over the last several years.

He enjoys teaching the youth about archery and seeing all ages come out to enjoy the sport.

“Getting the youth introduced to traditional archery is our future,” Sumrell said. “Someone did that for me when I was 10, and I probably wouldn’t be here otherwise.”

“It’s a sport that takes a lot of practice to be proficient at,” Sumrell said. “You continually have to work at it.”

They recently switched locations and have been fixing up the place as a group. They fixed the roof that used to leak, and they are adding in new windows and doors too.

Sumrell wants a club that people can come to and be proud of.

They have approximately 90 members in the club. They plan on doubling in the next few years.

CTA is the oldest and largest traditional archery organization in the Carolinas.

“It’s been rewarding that people seem to appreciate it all,” Sumrell said. 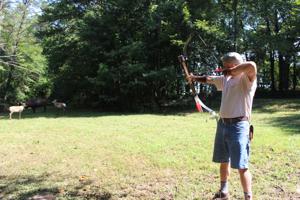 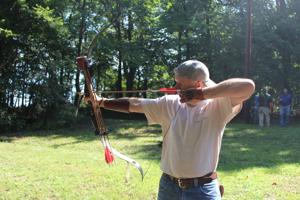 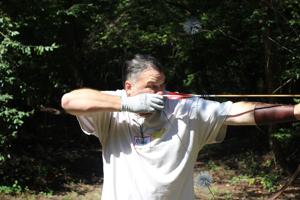 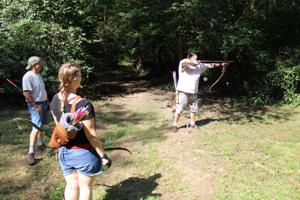